Death Penalty In Florida MUST STOP! 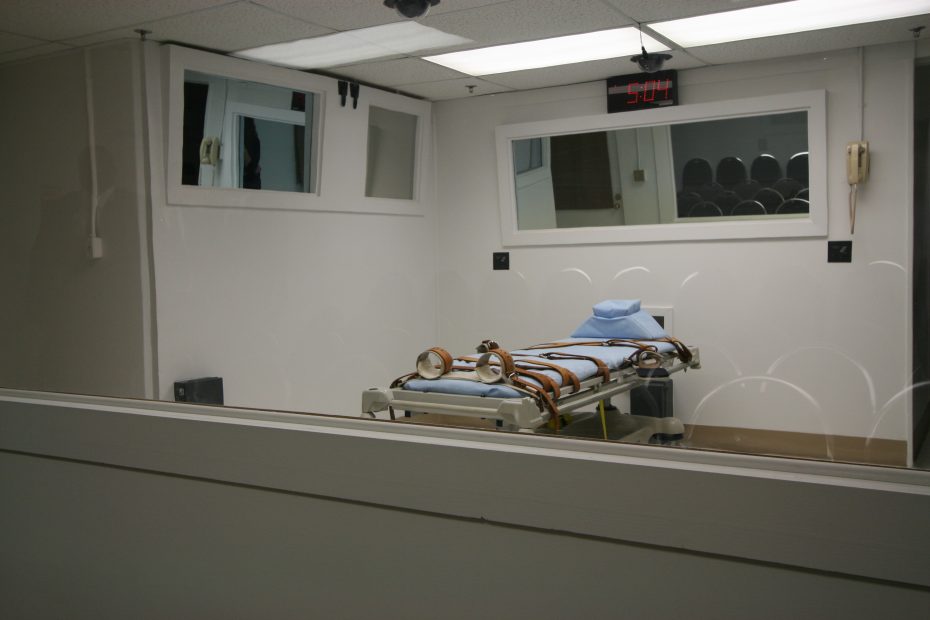 The death penalty in Florida is an age-old punishment for those deemed too dangerous to society to even be reintegrated into it. In fact, some of the first documented death penalties instigated throughout the entire world occurred in the Sumerian society of Mesopotamia, according to Hood and Hoyle (39). Thought to be a singular punishment for civilization’s worst offenders, the act has been put into practice globally, with only the past few decades seeing any kind of reform or move towards the abolition of such a punishment. Though proponents stand behind the death penalty, stating it is for the greater good to remove these individuals not only from our communities, but from this mortal coil, it is also important to understand the process does more harm than good, so I am against it. There are numerous unintended consequences, namely sentencing the innocent to death, critical human error, and the detrimental cost to society to factor into the consideration of whether the death penalty is acceptable.

Some proponents of the death penalty say, “What if that person re-enters society and return to do harm to the same individuals as before?” A death sentence is not taken lightly, and the notion that your survival is pride from your hands, guilty or not, is likely a maddening feeling. While there are some who may deserve a punishment such as this, some have been sentenced to death and their sentence carried out only later to have been found in fact innocent. I’ve defended cases of the death penalty in Florida ( Here )

In 1976 Clifford Williams and his nephew Nathan Myers were arrested for the murder of Jeanette Williams and the wounding of Nina Marshall, her girlfriend. Nina told the police that two Clifford and Nathan entered her bedroom and they fired shots from the foot of the bed. The physical evidence told a different story, it told a story of shots being fired from outside the residence, and from a single gun. The defense counsel never presented that evidence and ignored more than 30 alibi witnesses who would be able to testify that they had been next door at a birthday party. The first trial resulted in a mistrial. The second lasted two days, the prosecutors argued, without presenting any supporting evidence. The prosecutor convinced the jury to convict Clifford and Nathan and recommended that they to life. Judge Cliff Shepard presided over the case and overrode the recommendation for Clifford and sentenced him to death. Shepard accepted the recommendation for Nathan.

The newly elected state attorney Melissa Nelson created the first Conviction Integrity Unit in the state in 2018. Prosecutors began re-investigating the case and found no physical evidence linking Williams or Myers to the shooting and that, ” the physical and scientific evidence actually contradicts Nina Marshall’s testimony about what happened.” The report also found that another man, Nathaniel Lawson, had confessed to several people that he had committed the killings and a 1976 police report noted his presence near the scene around the time of the murder.

This significant unintended consequence leads us to the consideration of human error. There are many ways in which human error can affect the death penalty, beginning as early as eye-witness accounts of a supposed crime. According to Steiker and Steiker the rate at which an eye-witness account can be taken seriously or found reliable is less than ten percent (245). The authors go on to suggest a plethora of reasons for this specific human error, ranging from a societally directed question leading to an answer based wholly on a race to misunderstanding a situation and reporting it as a crime (246). An observed scientific phenomenon is the cross-race effect (sometimes called cross-race bias, other-race bias or own-race bias) described as the tendency to more easily recognize faces of the race that one is most familiar with (which is most often one’s own race). A study was conducted which examined 271 real court cases. In photographic line-ups, 231 witnesses participated in cross-race versus same-race identification. In cross-race lineups, only 45% were correctly identified versus 60% for same-race identifications. As such, even during preliminary investigations human error has the potential to taint the innocent and send them to death. Because of the need to question jurors thoroughly, jury selection in capital cases is much more time consuming and expensive.

Though there are many other unfortunate opportunities to address human error, one of the greatest comes with juries. The jury is responsible for deciding the fate of an accused individual, and while its decision can only be as accurate and as reliable as the evidence and arguments provided, there are also instances wherein juries have been suspected of relying on social and racial stereotypes when providing a verdict, with Steiker and Steiker (250) surmising no jury or anyone juror is completely impartial or removed from biases they have experienced since birth.

If the fact that innocent people are being sentenced to death is not enough, we must consider the cost to society, beginning with housing an inmate in the first place. In 2015 Vera.org noted there were a little over 2 million inmates incarcerated at any one time, costing an average of $45,000 each year to house. This equates to over $90 billion each year to house and care for all inmates, it is estimated that each execution costs taxpayers $24 million. One major find in Vera’s analysis is that salaries and benefits make up more than 72% of total spending to house inmates, 17% is spent on maintaining the facilities, 11% is spent on healthcare for inmates. Vera.org also notes that, as of 2014, there were an estimated 3,000 people still on death row awaiting the imposition of their sentence. As such, the total for housing these inmates each year is roughly $135 million. And an increase in the number of death row inmates, as well as the general inmate population would create the necessity for an increase in taxes. Moreover, Deiter (115) estimates the cost of carrying out the death penalty in the average death penalty case amounts to $1 million, and only a small portion of that goes to housing and caring for that inmate until they are executed. It is estimated that Florida spends $51 million a year to impose and implement the death penalty, rather than sending convicted first-degree murderers to prison for life without parole.

Essentially the death penalty imposes unnecessary taxes on the society and, in the end, is a waste of money. As part of the legal process, everyone has a right to a fair trial; to ensure that, the court will appoint two attorneys to the case. One attorney’s fee for a death penalty case is $160,000-$200,000 and now with two, that’s over $320,000; nearly 8 times and the average cost of housing the inmate for a year. Death-penalty trials can last more than four times longer than non-capital trials, requiring juror and attorney compensation, in addition to court personnel and other related costs.

The process of trying a death penalty case unveils extraneous costs, such as stress. “It has been estimated that 12 percent of the state Supreme Court caseload is death penalty cases, and yet it takes up over 50 percent of their time, delaying their ability to render justice in other cases. Trial court judges spent seven times as much time on a death penalty case as they do on their next most serious criminal cases.” Consider the stress for all parties involved, from the judge down to stenographer and from the defendant to the defense, the stress has medical consequences. Many times, people with any type of involvement with a death penalty case have to seek psychiatric help. Most psychiatrists start $450 per hour for general psychiatric sessions and $500 with a retainer for forensic psychiatric wrap the mind around that, from 2 times to of the average housing cost per day. Due to the Americans with Disabilities Act, the court has to pay for any accommodation that needs to be made. Another major cost is the factor that the imprisoned are caged away from their families. This creates many problems from the loss of support that the inmate provided to the experience they won’t be able to share with the younger generation. To minimize mistakes, every prisoner is entitled to a series of appeals. The costs are borne at taxpayers’ expense. These appeals are essential because some inmates have come within hours of execution before evidence was uncovered proving their innocence.

In sum, while execution may seem like the only fitting punishment for many criminals in society it is actually at the detriment to many individuals, government officials, and society in general. There are numerous instances wherein the innocent has been executed, later to be exonerated but not alive to enjoy their freedom. Moreover, human error is hilariously undervalued when reviewing the concise and accurate investigation procedures and examination of evidence. Finally, housing a prisoner to execution is expensive, an expense the taxpayers should not have to bear. Though the crime was committed, housing that inmate and executing them are far more expensive than simply providing them with a life sentence. In the end the death penalty does not only remove criminals from society; it also kills the innocent and robs the country of valuable financial resources better spent elsewhere. It is time to stop this rather barbaric practice for more formal, financially responsible solutions.

I have videos on the death penalty: https://clayrkpa.com/video/